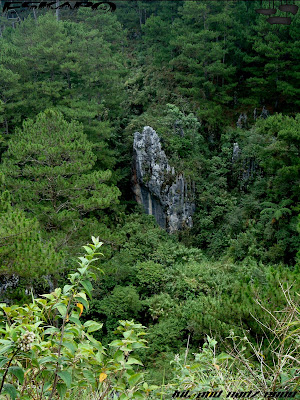 from afar we could almost see coffins hanging by the cliff at the left side and the small town of Sagada to our right. groups of people took pictures as it gives a background so strategically placed that almost everyone lined up for a particular shot. 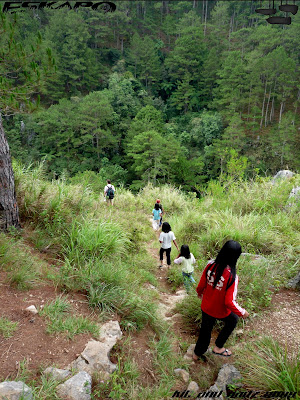 we trek further down along with the Batang Sagadans, whom, together with us were chanting our names and chatted while trekking. it was one of the best ways to experience the local culture. 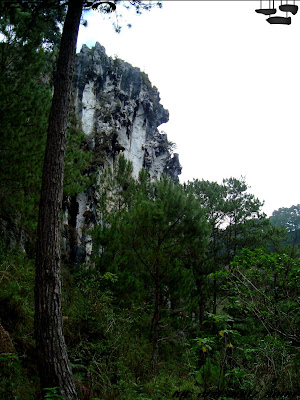 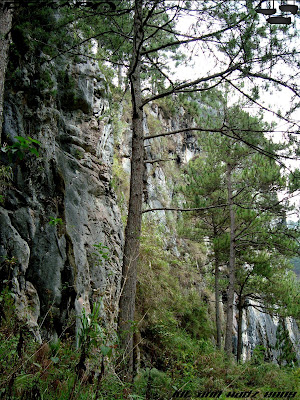 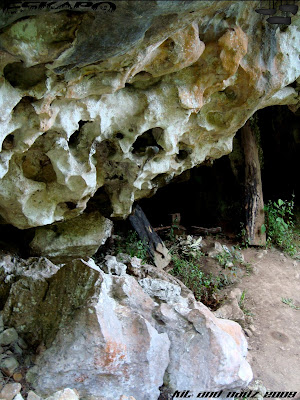 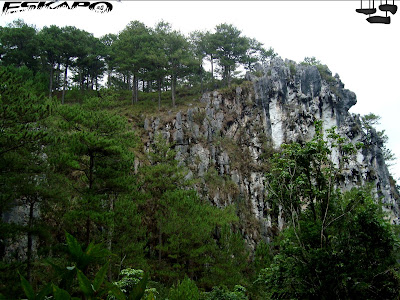 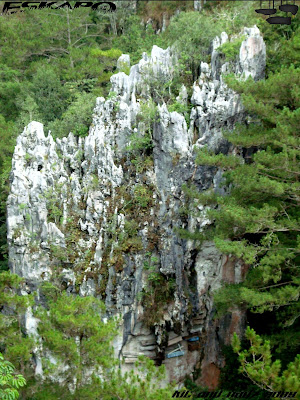 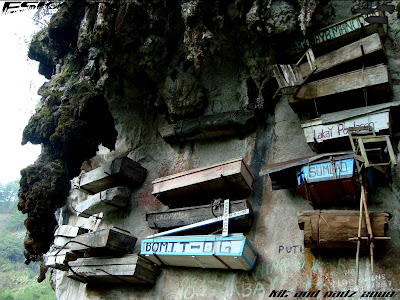 well, as i was not certain to why, it just ceased my mind to wander but wonder knowing that different culture and place breeds different thinking and thus a different way of life. 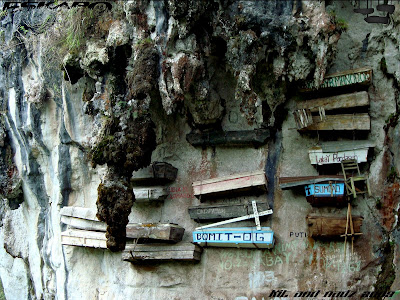 it made me at awed that Sagadans have such a special way of looking things up. making Sagada more beautiful and a unique treasure and sight to behold. 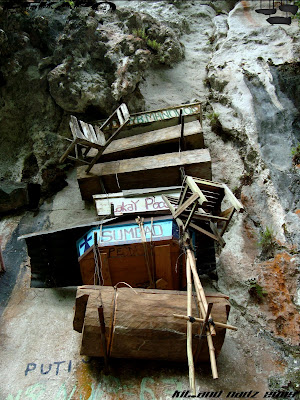 thanks to Nadz for being a guest writer for the two posts feature on Echo Valley and Hanging Coffins. here's a video i found in youtube as posted by crystalthread that will show you a wider perspective of its location. this is from another site still around Sagada.

Well,look scary !! learn something new from you:)
Thanks for sharing.

Very interesting and scary. Thanks for sharing. You and your friends are so brave.

Take care and be cautious of the flu. One of your footballer (here for the Asian Youth Game), is sick with the flu and the whole team had to be quarantined. Dont worry, they are being taken good care here. The young Footballer is in hospital now. They had to be quarantined to contain the virus so that the flu wont be spread to other teams from other countries. But I wondered if the game would be cancelled if there are more cases from other countries too.

Are those graffiti I see on the cliff wall? or were those deliberately written as a sort of eulogy for their dead? I'll feel sad if graffiti yung mga yun, kase na desecrate na yung isa sa mga pinaka fascinating sights sa sagada. :(
Saka, it's interesting to see chairs na naka sabit along with the coffins.

thats really something else,. in good way,. :) doesn't look as scary as i expected,.

ung mga sulat ba sa bato, part talaga or legal,.? or someone just wants to have his name written beside a coffin?

That is so weird! Very interesting!

Fascinating. I guess they put their coffins there in order to be closer with their God

What are those coffins made of? Are they doing something to prevent it from deteriorating/decomposing?

Interesting and quite odd!!
Thanks for sharing.

Interesting sight. I've been intrigue ever since I saw this on TV. Glad you had a chance to visit this place.

Meanwhile, have you tried to ride on a kicir kicir? You wanna see it? Read my article about Kicir-Kicir at Eropa. :)

Just curious, do they embalm the bodies before hanging them up there?

is that a chair in the last pic?

It's just beautiful, but still spooky. :o
Too bad it has those graffiti. :(

a very interesting practice. i wonder why they do that.

Amazing! I was looking at those labels (writings) on the coffin. There are even vandals. Their group is so admirable to have preserved this tradition.

Dong, it crossed my mind, hanging them up there, they r bound not to last too long.... the ropes decompose etc.. do they drop off after a while or do they use metal hooks to secure etc?

this is very interesting - hanging coffins ? How did they hang it there in the first place ? What if it rots ?

its not as scary as i thought it would be. great dong!

Saw this hanging coffin sa tv and it's really amazing noh? Glad you experince the real thing. Siguro If I were there matatakot ako hahaha!!!!

Thanks for sharing again Dong :)

I had never heard of this before I read your blog this morning, my friend. What an interesting custom. Thanks for sharing these amazing photos.

That's very interesting. I also wonder about the reason behind hanging the caskets instead of burying them underground.

Very interesting. The coffin has a very modern looking writing. Was that new?

Thanks for sharing. Wonderful.

how cool are these hanging coffins! :D

I saw a documentary on this tradition. I want to visit this place. Scary but interesting

Wow, that is creepy! I would not want to be near that place at night!

We were never able to go near the hanging ones. :(